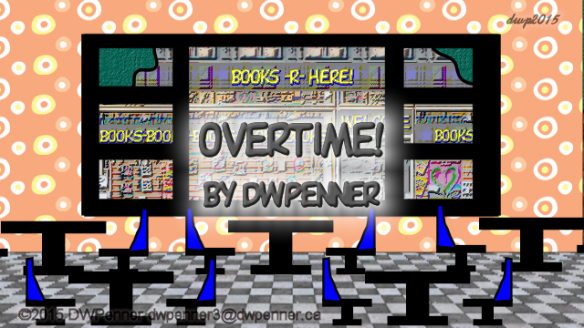 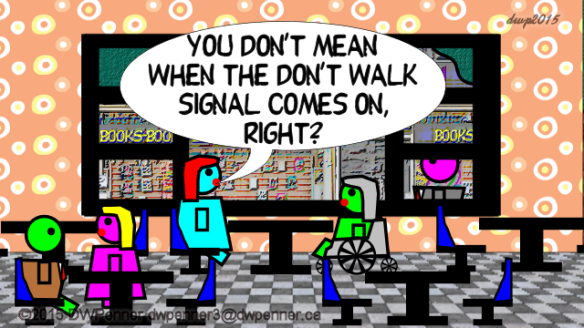 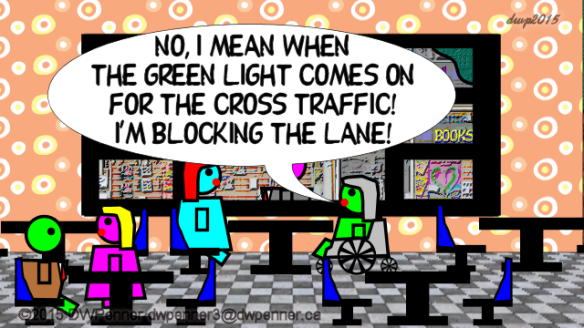 I hope you enjoy these and I would really appreciate your spreading the word. My stories are spread by word-of-mouth so this is the way that others might also see them.

I’ve seen a system where all the traffic lights turn red and all the pedestrian crossing lights turn to “Walk” — including two new diagonal cross-walks crossing from corner to corner in the intersection. That probably gives at least twice as much time to cross the intersections. Crossing diagonally means only a single crossing where you would have had to make two crossings without the diagonal. It makes a bit of sense to me and traffic still flows at nearly the same rate. (So I hear.)

This strip* was published before as “Wheel Tales of We’ll Make Cents” but we thought it would be better to publish more independently — hence the change in venue and name to “Wheel Tales of Willow City”.

“We’ll Make Cents” is an organization that helps support a number of not-for-profit causes which might get overlooked. Why not pop over and give them a visit and check out their current project.

Donations are actually hard to come by for Charities and other not-for-profit organizations. Consider what you might be able to donate. It might be a good time to clean that closet, attic, cellar, shed, or garage! You might have someone else’s next treasured possession. Perhaps you don’t live near Auckland and We’ll Make Cents, but there are people in need everywhere!

* Only the first stories were on We’ll Make cents. The more recent stories are being published here first.

Posts and cartoons sent to your RSS reader